Banish Skincare was founded by Daisy Jing in 2013. She was, like many of us, self-conscious about the appearance of her skin after she got her first pimple in the 3rd grade. Unfortunately, but not to anyones surprise, Daisy’s acne issues only got worse as she got older, and sadly along with it, her insecurity grew too.

Naturally, Daisy tried every product under the sun: Salicylic Acid, Benzoyl Peroxide, Sulfur, Tea Tree Oil, Differin, and even oral antibiotics. Her dermatologists became her best friends and allies in a war against her zit invasion. Anything that had to do with fighting acne they tried, but ultimately Daisy’s acne would always win the battle.

Daisy turned to her education as a way to keep herself occupied. She lacked the confidence to make a lot of friends and have a social life, but was determined to help others find a solution for something she had longed to find herself.

Her dream job was to be a Dermatologist. Then, when she was in college Daisy developed cystic-like acne that was deep and super painful. In the end, the cystic pimples would leave behind a deep scar that couldn’t be concealed or hidden by makeup.

One bad-skin day, while hiding from the world, Daisy came across a youtube video of a girl sharing her very real, unfiltered, make-up free, experience with acne. Daisy was simply amazed, she couldn’t believe someone could be so open and honest about something she’d been trying to hide her entire life.

Wildly inspired, Daisy turned on her own webcam, hit record and decided she would help others deal with the aftermath of acne too. See below…

In the journey to soften her acne scaring, Daisy saved up thousands of dollars and met with a plastic surgeon whom she hoped would laser her face to “perfection”.

Luckily for her, and us- he let her in on a little routine that’s not only WAY cheaper, but non-invasive, natural, and creates far better results than anything he had ever seen before. A spiky cosmetic tool in conjunction with a Vitamin C serum.

Fast forward to a few months later, when Daisy’s youtube comment section explodes with viewers saying they saw a noticeable difference in her skin, demanding to know WHAT she was using and if Daisy was willing to send some their way. She packed up the products she made for herself and completely sold out shortly after. Essentially by a happy accident and a crazy demand, Banish was born in an instant.

Today Banish remains a small indie business that Daisy has built from the ground up. Everything is made in fresh in small batches, using natural ingredients, sourced from the West Coast of United States.

All products are packed in re-usable and recycled glass jars and bottles. They also have a recycling program in which customers can send back their jars to receive a free product. Banish ships using 100% recycled material like kraft paper tape and corrugated paper wrap, instead of using regular packaging tape and plastic bubble wrap. From start to finish Banish is created and sent from its office location in Pasadena California.

Daisy hopes that through Banish, she can literally banish the shame that comes with acne and the scars it leaves behind. She wants to create a place where people spread positivity, confidence, and encouragement.

Daisy believes that this struggle was given to her so she could help others. More than anything Daisy wants you to know what she learned from it all, that it’s not the way you look that matters, it’s the confidence to be who you are, without hiding from others- so Banish the rest!

Shop the full collection of Banish skin care at Banish.com

P.S. This article contains affiliate links, this means if you make a purchase I may get a small percentage of the sale (at no extra cost to you). As always, I only recommend products that I have tried and truly love. 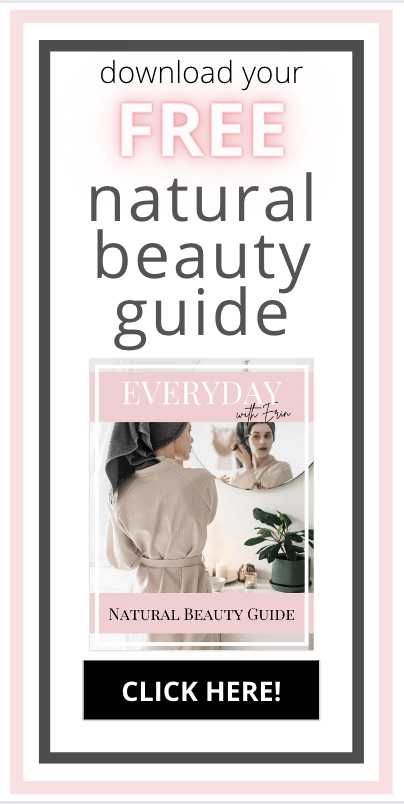